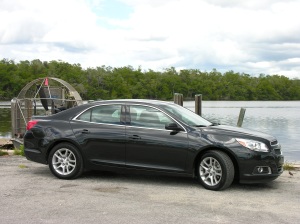 Don McLean’s magnum opus (best work), “American Pie”, was written and performed in 1971, thereafter becoming the No. 1 U. S. hit and staying in that position for four weeks during 1972.  When asked, years later, what “American Pie” means, McLean responded that it “means I never have to work again.”  The song’s lyrics bring out McLean’s life story through the idealized 50’s and on to bleaker 60’s – and two deaths; Buddy Holly’s (1959) and America’s innocence (JFK assassination in 1963).  Several deaths, more accurately, because Richie Valens and The Big Bopper died along with Holly, and John Kennedy’s brother Bobby was assassinated in 1968, as was Martin Luther King that same year.  With the overhang of Viet Nam and the college campus unrest, even the glorious Apollo 14 moon landing in February of 1971 failed to lift America’s, or McLean’s, spirits.

“American Pie” contains lyrics that are dissected even to this day; lyrics such as “I can’t remember if I cried, when I read about his widowed bride, but something touched me deep inside, the day the music died”.  He’s referring to, of course, Buddy Holly’s death on February 3rd, 1959, in a plane crash in Iowa.  And that also accounts for the lyrics “but February made me shiver” in the first verse.  Analysts are less certain, however, of what McLean meant by “the three men I admire most; the Father, Son, and the Holy Ghost”.  The three performers that perished on that plane?  JFK, Bobby, and MLK?

One thing is certain, though, and it’s that “Drove my Chevy to the levee” is in every chorus, and that the levee (in the song) was dry in every instance.  I was in Florida last week driving a 2013 Chevy (Malibu Eco) to the levee; several levees, in fact.  They sure weren’t dry, as the Miami area received ten inches of rain in the two days I was driving around with my latest test car.  Earthen levees protect Broward and Dade counties in South Florida from waters that come out of Lake Okeechobee in Central Florida, the seventh largest freshwater lake in America that serves as the headwaters to the Everglades.  Approximately 1.5 billion gallons of fresh water ooze out of southwest Florida into the ocean each day – wouldn’t that be nice to have in Weld County?

I didn’t just drive the Chevy to the levee last week; I also attended two Marlins/Rockies games and drove the car to Everglades City on the Gulf of Mexico.  The Chevy Malibu Eco proved to be quality transportation, and is the only 2013 Malibu currently for sale.  Two more powerful four cylinder Malibu’s will be available in a few months, one with a turbocharger.  The Eco is electrically assisted, with a 15 kilowatt motor-generator providing the assist.  One might call it a “hybrid hybrid”, because the car cannot get by on electric power alone.  Transition from electric power to gasoline (2.4 liter L4, 182hp with a six speed automatic) is not as smooth as a Chevy Volt, but this car is bigger than a Volt and much less expensive.  Mine was metallic black with black leather interior and listed for $28,632.00, as equipped.  Pretty much all luxury options were present, with the exception of navigation system (it has OnStar, though) and a moon roof.

Wheelbase is shorter than last year’s Malibu at 107.8”, but length is about the same at 191.5”.  Mileage estimates are 25city/37highway, and the tank holds 15.8 gallons.  The trunk is a battery-restricted 14.3 cu. ft., but I had no particular problems with my luggage.  Ride and handling are suitable.

I had no quibbles with the styling of the 2008/2012 Chevy Malibu (I own one), but do not think this 2013 model suffered a setback in this department.  It is a beautiful mid-size automobile, and provided a nice ride to the levee, even though the levee was very wet.  The Marlins rained on the Rockies’ parade, as well, winning both contests.